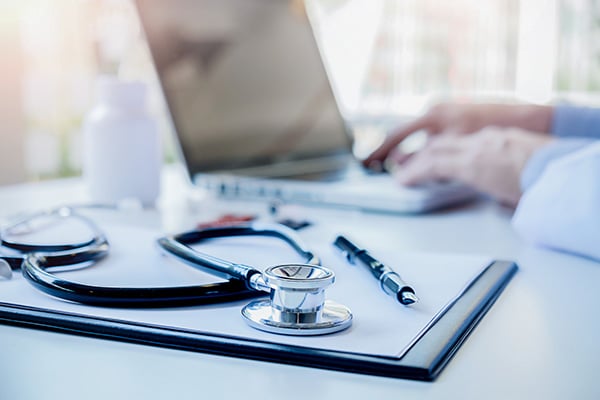 Under both Florida and federal law, it is illegal to pay or receive kickbacks for referring patients to another physician or other health care provider or facility. The Florida Patient Brokering Act makes it illegal for health care providers to offer, pay, solicit, or receive commissions, bribes, kickbacks, or other forms of payment in exchange for patient referrals. The federal Anti-Kickback Statute prohibits similar types of acts when they involve federal health care programs, including Medicare and Medicaid.

Both the federal and Florida laws impose serious penalties for violations, including felony charges, steep criminal fines and potential prison sentences. In addition to these penalties,  violators could lose their medical licenses under state law and have to pay penalties, under federal law, of up to $50,000 for each violation plus three times the amount of the kickback.

If you’re facing a kickback charge or are under investigation for a kickback violation, you need a defense attorney who is experienced in criminal and health care law at both the state and federal levels. Orlando defense attorney Jonathan Rose has extensive state and federal experience defending doctors against criminal charges that carry severe penalties and against administrative charges that threaten their medical licenses.

What is a Kickback?

A kickback can be a direct cash payment for a patient referral, but it doesn’t have to be. Many other kinds of remuneration also fall under the anti-kickback laws. These include gifts of vacations, meals, and rent. They may also include payments for services that were unnecessary or paying for services at more than the market rate.

The Federal Anti-Kickback Statute (AKS) and the False Claims Act

The reach of the federal AKS increased in 2010 with the passage of the Affordable Care Act. Previously, a defendant had to act with specific intent or with knowledge to be convicted of an AKS violation.  Now, even if someone unintentionally violates the AKS, they can be penalized for fraud under the False Claims Act and may have to pay triple the government’s damages plus additional penalties.

Complexity of the Anti-Kickback Laws

The connection between the Anti-Kickback Statute and the False Claims Act is only one example of how different federal laws and different federal agencies can all be involved in investigating, prosecuting, and penalizing doctors charged with paying or accepting patient referral kickbacks.

For example, if someone is charged under the AKS, depending on the circumstances of their case, they might also be charged under other statutes with health care fraud, money laundering, and/or various conspiracy charges, including conspiracy to commit health care fraud, to commit money laundering, to defraud the U.S., or to pay or receive kickbacks.

A dizzying array of agencies may become involved. Agents and attorneys from the FBI, the Department of Justice, the Office of Inspector General, and/or the Department of Health and Human Services may all be working on the case.

If you are facing AKS charges, you need a defense attorney who has deep knowledge of all the laws, rules, and agencies that can become involved in a complex patient referral kickback case. Jonathan Rose has the experience and knowledge necessary to mount a vigorous defense and protect your interests and your future.

The federal government considers Medicare and Medicaid kickbacks to be a form of fraud. They have been stepping up the investigation and prosecution of these cases and are using all the tools available in their arsenal to punish offenders, including criminal and civil penalties.

The Need to Act Quickly

By the time you’ve been charged or know that you’re being investigated for patient referral kickbacks, the government has probably had you in its sights for a while. Government lawyers and agents have probably already conducted extensive investigations seeking damaging evidence to use against you.

You can’t afford to wait to see what happens next. You need to start preparing your defense immediately, and you need an attorney who can defend against criminal charges in state or federal court and also defend your Florida medical license.

Orlando health care and criminal defense attorney Jonathan Rose can help. He has 22 years of experience in federal and state courts and administrative hearings. He’s a former prosecutor, so he knows how the other side thinks and operates and can prepare a strong, thorough argument in your defense. He is also a former corporate attorney who has handled complex litigation and a former Marine with the leadership skills, dedication, and persistence you need when you could be facing serious state or federal criminal charges and action against your medical license.

If you are being investigated or have been charged with paying or receiving kickbacks, the stakes are extremely high. Your entire professional and personal life rests on the outcome of your case, so you shouldn’t take any chances. Call Jonathan Rose today at 407-894-4555 for the help that you need.

Jonathan Rose
Above all else, attorney Jonathan Rose believes in the Constitution and in a person's right to be represented by a capable lawyer during what may be one of his or her most difficult times in life. Whether you are facing criminal charges or an allegation of professional misconduct, he focuses on finding a solution that meets your current needs while also protecting your future.
Previous Post ​Attorney Hal Uhrig Accused of Trying to Convince a Victim to Commit Perjury Next Post Osceola County Man Confesses to 3 Murders, Investigators Say