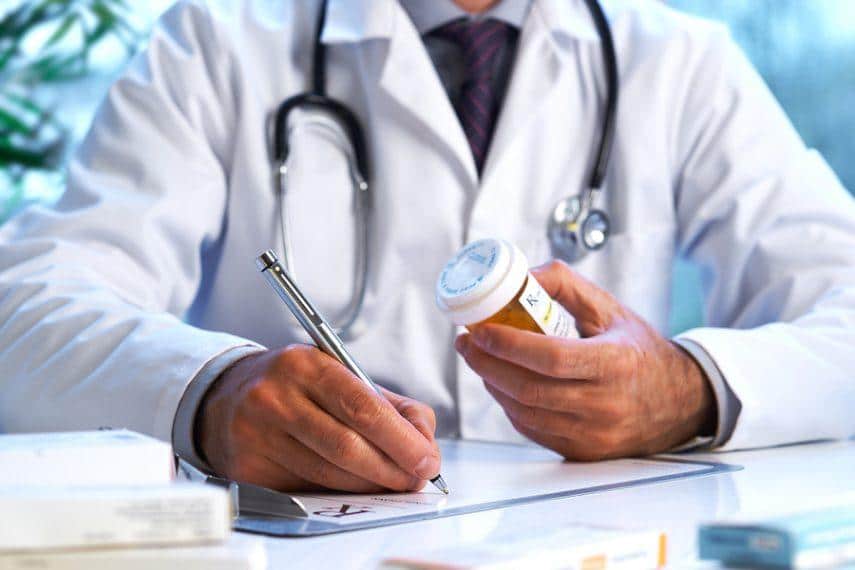 What to Do if You’re Accused of Overprescribing Medication

This past year, news headlines have featured numerous reports of doctors being arrested, fined, and imprisoned for overprescribing opiates. For example, the Detroit Free Press spread the news that Michigan’s “top doctor” had been accused of overprescribing opioids (May 31, 2019); U.S. News and World Report told readers how federal prosecutors charged multiple doctors in in West Virginia, Ohio, and Tennessee for overprescribing millions of opioids across Appalachia (Sept. 24, 2019); and the New York Times reported on Dr. Joel Smithers, who was convicted of more than 800 counts of illegally prescribing opioids and sent to prison for 40 years (Oct. 2, 2019).

As the news reports suggest, many doctors have been legitimately charged and convicted. However, others have been unfairly targeted and wrongly accused.

If you are being audited, investigated, or accused of overprescribing medication, you need to act immediately to protect your medical license, career, and future. A Florida defense attorney with experience representing doctors accused of overprescribing medication can help protect you from the negative consequences of administrative and criminal charges.

Be Proactive before or during an Audit

When you’re dealing with federal and state drug investigations, you need to be hyper-proactive. In other words, you should have a qualified federal defense attorney with experience in health care and criminal law advising you and protecting your rights before criminal charges are filed.

A government audit of your practice may seem innocuous, but it is actually an investigation into your prescribing habits that can quickly lead to a raid on your practice and your arrest. Federal and state investigators use state prescription systems data, CMS data, and other electronically stored data to look for anomalies. Then they begin an audit to examine your prescribing habits more closely. They might question your patients and/or send informants to your practice in an attempt to build their case against you. By the time they have a search warrant to “raid” your practice, they have usually already gathered quite a bit of evidence against you.

Therefore, it is very important for you to hire an experienced health care and criminal defense attorney as early as possible. If you think your practice is being audited, having a qualified attorney advocating for your rights can possibly prevent the government from proceeding through an investigation to the filing of criminal charges. Your attorney might, for example, advise you to have an independent audit of your practice conducted to identify areas that could be improved and alert you to areas that could potentially lead to criminal charges. At this point, your attorney can also get a head start on preparing a defense in case you are investigated further.

Defend Yourself during and after an Investigation

A government investigation into departures from the standard of care, such as overprescribing medication, can quickly have negative effects on your ability to practice medicine and your future. For example, your DEA license can be suspended immediately following an allegation of overprescribing. Your CMS privileges can also be suspended, and action can be taken against your medical license.

A knowledgeable Florida medical license defense attorney can intervene early in the administrative processes and help prevent damaging actions against you. However, you should also make sure your attorney is qualified to represent you in state and federal court in case criminal charges are brought against you.

If you are raided by the DEA or another law enforcement agency, you need a criminal defense attorney to intervene immediately to increase your chances of successfully defending against criminal drug charges. By the time the government raids your practice, they have already collected considerable evidence against you, so your attorney will need as much time as possible to prepare an aggressive defense for you.

Too often physicians do not perceive the seriousness of federal or state audits, investigations, or charges involving overprescribing drugs and neglect to act soon enough to avoid being indicted for serious offenses. Without a strong defense, they can end up with huge fines, significant time in prison, and civil monetary penalties, as well as loss of DEA registration, exclusion from CMS programs, and forfeiture of their medical license.

Before you face these damaging consequences, get the help you need from an experienced health care and criminal defense attorney to protect your rights, your career, and your freedom. If you are being audited, investigated, or charged with overprescribing, contact Attorney Jonathan Rose as soon as possible. The sooner he can intervene on your behalf, the better prepared you will be to fight any charges against you and hopefully get them dismissed or reduced.

Jonathan Rose
Above all else, attorney Jonathan Rose believes in the Constitution and in a person's right to be represented by a capable lawyer during what may be one of his or her most difficult times in life. Whether you are facing criminal charges or an allegation of professional misconduct, he focuses on finding a solution that meets your current needs while also protecting your future.
Previous Post Weighing In on the Markeith Loyd Trial Next Post Judge Releases Nicole Montalvo’s Estranged Husband on Murder Charge